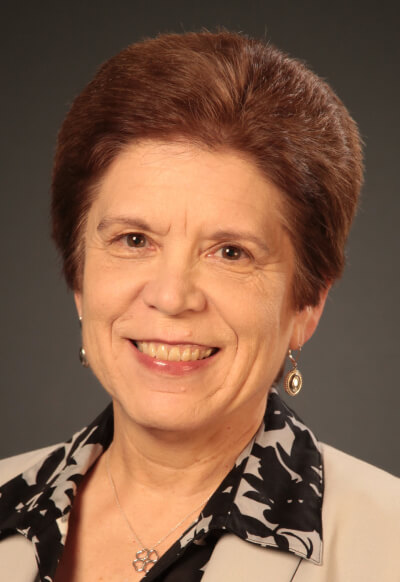 Susan Renninger Garrett is Professor of New Testament. She joined the faculty at Louisville Seminary in 1995 and welcomed its atmosphere of collegiality and sense of purpose among its faculty. She served as Chair of the Grawemeyer Award in Religion from 2001-2012, and as Dean of the Seminary from 2012-2018. She is a strong advocate for the Seminary’s Black Church Studies and Doors to Dialogue programs, and is committed to helping the Seminary live into its claims to be an antiracist institution.

Dr. Garrett’s research interests are wide-ranging, and presently focus on the use of the Bible in popular culture. Other interests have included the Gospels and how they reflect the world view and theology of biblical authors; early Judaism, especially apocalyptic thinking; and African American New Testament hermeneutics.

Some of Dr. Garrett’s published works include The Demise of the Devil: Magic and the Demonic in Luke’s Writings (Fortress, 1989), The Temptations of Jesus in Mark’s Gospel (Eerdmans, 1998), Making Time for God: Daily Devotions for Children and Families to Share (Baker Book House, 2002; co-authored with LPTS professor Amy Plantinga Pauw), and No Ordinary Angel: Celestial Spirits and Christian Claims about Jesus (Yale University Press, 2008). Garrett also serves as a Bible consultant for Oxford University Press.

I try to help students to explore their own understanding of what the Bible is, and of what are the sources of its authority and the means by which it exercises that authority in the life of faith. I also want to show students that such critical thinking can go hand-in-hand with a deep passion for the Scriptures and for sharing the Gospel of Jesus Christ. Further, I am deeply concerned to help students learn to recognize the differing patterns of biblical interpretation used in various communities of faith and to engage persons in those interpretive communities with respect.
—Susan R. Garrett